I do not recall how it happened, but not long after moving into my own place, I bumped into Peter, a guy I knew from Kings School. I remembered him because he was, like myself, a bit of a loner.

His reasons soon became apparent because he was very self-conscious about one of his hands which he kept in his pocket whenever possible. The hand had never developed properly which was apparently attributed to the (then) controversial drug Thalidomide. We re-acquainted ourselves and would often go into town together. His parents would invite me over occasionally. I think they were happy that he had a friend.

In 1967, I bought myself a Honda S90 motorcycle as an inexpensive way of getting around, and which was obviously more convenient than waiting for buses! 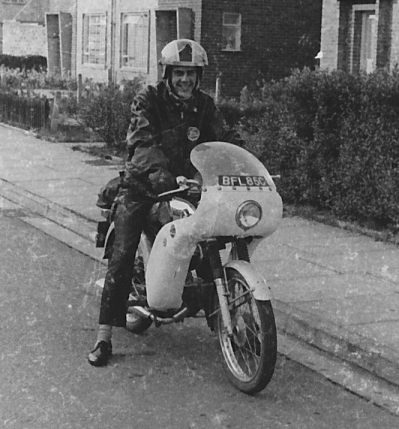 Peter used to go to the Peterborough Folk Club and was quite enthusiastic about it such that I decided to go and see what it was all about. The prior two years had been rather sterile for me from a music perspective and so this was something quite new. I loved the casual atmosphere and the “up close and personal” settings for the musicians. It was my introduction to traditional and contemporary folk music as portrayed by Pentangle, Sandy Denny, Ralph McTell, Hunter Muskett, Gordon Giltrap etc. (I saw the latter three perform at the Peterborough Folk Club).  That eventually developed into an appreciation of a broader range of folk music which include Arlo Guthrie, Tom Paxton, Carolyn Hester , Peter Paul & Mary etc.

I also had my first “crush” (perhaps an exaggeration) on Marianne Faithfull! 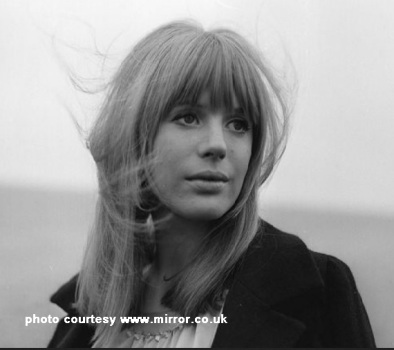 I thought that she was absolutely wonderful (enough to overlook her vocal shortcomings and her total lack of personality on stage) but lost interest in her very fast when rumors started circulating about her “creative” social life! But then there was always Francoise Hardy and Jane Asher?????