I was a teenager in the early 1960’s and long hair was a very natural style to have at that time. Many of you may recall from an earlier Post that, after complying with corporate image expectations for around 40 years, I had decided to take advantage of retirement and once again grow it!  It was going quite well until earlier this past week!

Long hair has some inherent control issues which need to be addressed (not news to you ladies!), and I never liked the ponytail look on guys. Sweatbands do control the hair and are appropriate in some situations, but my desire (and comfort level) was with giving my hair the freedom to do whatever it wanted to do… and therein was the problem!

My hair strands are quite fine, and the aging process was certainly thinning them out on a regular basis, both of which culminated in many unruly and distracting individual hairs! I really did like the long hair look and was  happy with the way it was developing. I was even prepared to put up with the annoyance of an occasional hair irritating my face but, when it interferes with my sleep, I am less then accepting of the situation!

A few nights ago, I woke up around 1:30am with hair irritating an eye. A quick “brush off” with my hand resolved that, but then I woke up about an hour later with hair irritating my nose and mouth. The decisions was then made to exercise my authority as ruler of my body and, in the morning, I loaded our clippers with a No. 2 (1/4″) head and cut all my hair off!

Could I have resolved it in a less drastic manner? Perhaps, but I not only resolved the sleep issue but also the day to day irritations. People who know me really well, will also acknowledge that I generally don’t procrastinate once a decision has been made. From my perspective, I have “a thousand” things that I want to do, and so doing them right away and moving on is my preferred “modus operandi”!

Once Carol knew what I was about to do, she thought a pic would be a good idea (below) 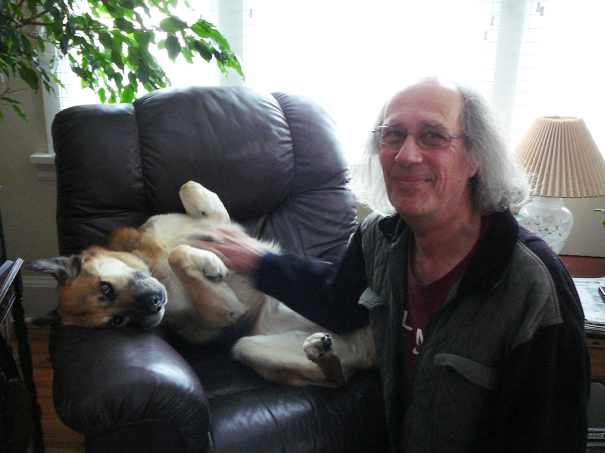 Feedback? Well it would appear that Ray really doesn’t care what I look like as long as we are friends. Carol thought that cutting it all off made me look younger. Now if only I could persuade this body to act younger! 🙂